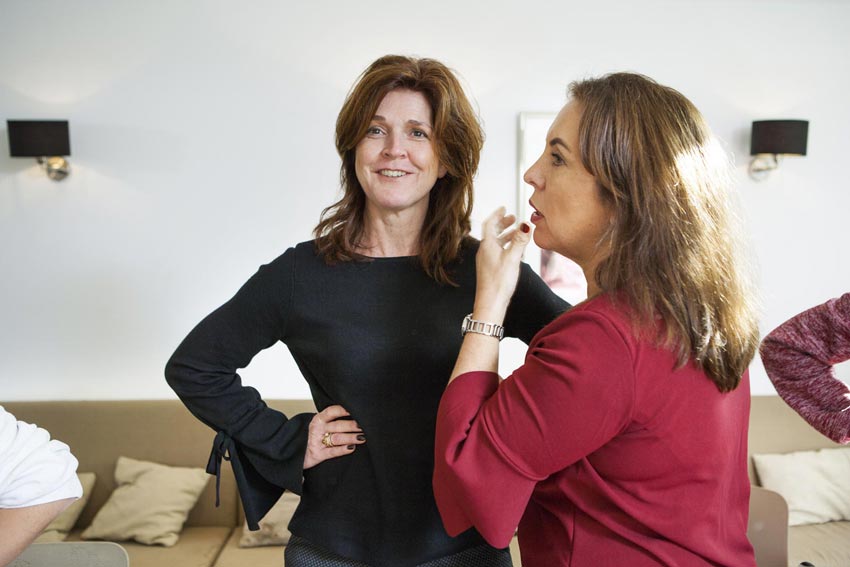 Neuroscientists have identified how exactly a deep breath changes your mind

Breathing is traditionally thought of as an automatic process driven by the brainstem—the part of the brain controlling such life-sustaining functions as heartbeat and sleeping patterns. But new and unique research, involving recordings made directly from within the brains of humans undergoing neurosurgery, shows that breathing can also change your brain.

Simply put, changes in breathing—for example, breathing at different paces or paying careful attention to the breaths—were shown to engage different parts of the brain.

Humans’ ability to control and regulate their brain is unique: e.g., controlling emotions, deciding to stay awake despite being tired, or suppressing thoughts. These abilities are not trivial, nor do humans share them with many animals. Breathing is similar: animals do not alter their breathing speed volitionally; their breathing normally only changes in response to running, resting, etc. Questions that have baffled scientists in this context are: why are humans capable of volitionally regulating their breathing, and how do we gain access to parts of our brain that are not normally under our conscious control. Additionally, is there any benefit in our ability to access and control parts of our brain that are typically inaccessible? Given that many therapies—Cognitive Behavioral Therapy, trauma therapy, or various types of spiritual exercises—involve focusing and regulating breathing, does controlling inhaling and exhaling have any profound effect on behavior?

This recent study ultimately answers these questions by showing that controlling our breathing provides additional access and synchronization between brain regions. This understanding can lead to more control, focus, calmness and emotional control.

The study, conducted by post-doctoral researcher, Dr. Jose Herrero, in collaboration with Dr. Ashesh Mehta, a renowned neurosurgeon at NorthShore University Hospital in Long Island, began observing brain activity when patients are breathing normally. Patients were then given a simple task of distracting them: clicking a button when circles appeared on the computer screen. This allowed Dr. Herrero observe what happened when people breathe naturally and do not focus on their breathing. After this, patients were told to consciously increase the rate of breathing and count their breath. When breathing changed with exercises, so did the brain. Essentially, respiratory manipulation activated different parts of the brain, with some overlap at the sites involved in automatic and deliberate breathing.

The findings provide neural support for advice to individuals that have been given for millennia: in times of stress or when increased concentration is needed, focusing on someone’s breathing or doing breathing exercises can indeed change the brain. This is possible for individuals in different professions who require extreme focus and agility. For example, athletes have long been known to use breathing to improve their performance. This research proves these experiences.

I am proud to inform you that I have been asked by party leader and current member of the Dutch Parliament Femke Merel van Kooten, to join the candidate list of her new political party Splinter.

A lung embolism caused wrong breathing and shortness of breath. The fear of getting sick grew by the day. With the breathing therapy of the Breathing Academy that circle was broken. After the training the fitness and vitality is back.

Attending a birthday party was already a big challenge for Maaike. She got stuffy and had to leave as soon as possible. After the training she recovered. Both physically and mentally she is fine again and Maaike doesn’t have to avoid situations anymore.